As college basketball season draws ever closer to its culminating event, offices around the country are beginning to buzz with bracket fever.

Who will be this year’s Cinderella story? Which #2 seed will be upset by a #15? And, perhaps most importantly, whose bracket will reign supreme?

At your office, this time of year is marked by both excitement and fierce competitiveness. Unlike some offices that run pools involving money or prizes, everyone at your company is motivated by one thing alone: bragging rights.

And, when it comes to bragging, no one is outdone by your old rival, Mitch. Mitch, a self-proclaimed “bracket genius,” does things a little differently than you. (OK, he does things a lot differently than you.) Constantly running his mouth is a good example. Creating near-perfect brackets appears to be another. Personally, you’re a little tired of Mitch’s antics. For once, just once, you’d like to beat Mitch at his own game and claim bragging rights for a year.

As you create your plan for beating Mitch, it might be healthy to do a retrospective on last year’s miserable showing. And, as you harken back to last year’s results, you might be surprised by the many business lessons hidden deep within your bracket.

Here are are just a few.

Last year was a busy year for you. Your wife had a baby, you moved into a new home, and your oldest son started Kindergarten. With so many changes, you didn’t have much time to watch college basketball. As a result, when it came time to filling out your bracket, you found yourself scrambling. Sure, you went through the motions and read a few sports columns from “the experts,” but ultimately you were operating on a gut feeling.

Clearly, your “gut feeling” didn’t work out so well.

Mitch, conversely, had spent hours watching countless basketball games and taking meticulous notes. He had an in-depth understanding of each team’s players, defensive strategies, offensive plays, and coaching philosophies. In short, no amount of last-minute cramming stood a chance of competing with the amount of knowledge amassed by Mitch.

Although watching endless hours of basketball won’t be in your near future, last year’s experience did teach you something important about information management. That is, the guy (or gal) with the best data has the unfair advantage.

Pausing to apply this lesson to your sales career, your thoughts immediately go to your CRM records. For years, you’ve been using your CRM for contact tracking, customer tracking, email tracking, leads, and opportunities. But, could you be missing out on features that might help you accelerate sales? Could prebuilt reports and dashboards make the data already in your CRM more useful?

Within moments of submitting last year’s bracket, you began second-guessing yourself. “Did I pick enough upsets?” “What if I don’t get any games right?” “Am I destined for embarrassment?” The questions never stopped coming.

Feeling uncertain about your primary bracket, you decided to spend the remainder of the afternoon filling out extra brackets. To cover all your bases, you first created an “all upset” bracket, in which every lower-ranked team defeated a higher-ranked team. Your next bracket was the exact opposite, giving the nod to every favored team. A dozen or so brackets later, and you finally felt somewhat confident about your chances. “Surely one of these will beat Mitch,” you thought to yourself, just as the clock struck 4:29 pm.

Alas, even with all the extra brackets, you didn’t break the top ten mark.

What can we learn from this?

Simply doing work (i.e. filling out brackets) for work’s sake is a complete waste of time. Now, I suppose you could argue that your efforts weren’t totally in vain, as you did aim to increase your chances of winning. On the other hand, as has been said many times: a goal without a plan is just a dream.

As you look for ways to apply this lesson to your work life, seek out those tasks that present minimal value or have no clear motivation. Do you really need to be doing them? Could they be automated by a robot or delegated to a different team member? Or, should they instead by realigned into a more strategic project?

The desire to achieve value should dictate the work that gets done, not the other way around.

Another contributing factor to last year’s embarrassing defeat was procrastination. March is always the third month of the year – it never changes. Despite that fact, you waited until the night before tipoff to begin your bracket. Had you started a week or two earlier, you might have been able to do more research. Or, perhaps you could have invited Mitch for coffee in hopes that he would reveal some inside tips. (Mitch really gets chatty when he’s had two cups of dark blend.)

Sadly, you kept pushing things off until it was too late.

The good news is that you learned another hard lesson: technology can help overcome your tendency to procrastinate.

Take, for example, something that’s more important than your bracket but also happens once a year: submitting your annual sales plan, including sales forecasting. Like clockwork, on December 1st, your sales manager expects to have it on his desk by 9 am sharp. And, also like clockwork, you put it off until November 30th. When 9 am rolls around, you’re completely exhausted, grumpy, and not interested in anything other than sleep.

Instead of waiting until the last minute, why not leverage technology to hold yourself accountable? Set yourself a repeating task and specify a start date of mid-November and a due date of November 30th (or before). Now, you’ll give yourself plenty of time to get things done while combatting your affinity for procrastination.

Mitch Can Be Beat

In reality, you might never beat Mitch at picking basketball teams. Here’s the good news: you can beat him in the sales game. Keep on learning, continuously refine your processes, and never stop looking for lessons in everything – even in your brackets! 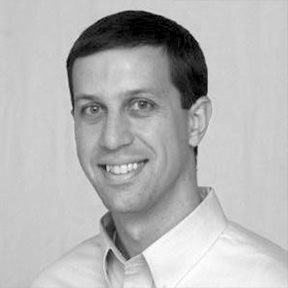