HBO’s hit show Silicon Valley is a biting mockery, a satirical exaggeration of the very worst of everything about America’s entrepreneurial hotbed. But, it’s also a tale of everything that can, and often does, go wrong with a great idea when launching a start-up without a CRM.

In the last season, we watched as Richard and team took on venture capital for their revolutionary data compression solution and were quickly, well, beaten into submission. From newly installed CEO Jack Barker, who cared more about selling any product than the product itself, to the entire sales team he puts in place, everything goes terribly wrong for Pied Piper. By the end of the season, their only choice is to pivot to Dinesh’s chat platform.

The most painful part was watching along and knowing that if only the Pied Piper team had a CRM for startups at their disposal, they could have saved the company and turned things around. Just think—what if the Pied Piper team had Insightly and hadn’t bungled their way through their capital? How different would things have turned out?

Here’s how we think Insightly could have helped some key players in Pied Piper Silicon Valley’s unfortunate downfall:

As founder and the original CEO of Pied Piper, Richard is constantly struggling with the demands of the business world, preferring instead to disappear into the coding of his application than those more outward facing tasks traditionally handled by CEO. He’s your typical, socially inept geek. While he realizes he must do more for his team to keep them on schedule and meeting development project milestones, time and again he retreats to his code.

The product feature that could have saved Richard: Automated workflow webhooks

If only Richard had Insightly, he might have kept his team on track. Webhooks, which you’ll find in the best CRMs for startups, are like smart robot assistants that live in your account. You tell them what to do, and when to do it, and they take action when you specify workflow. You can share data with other applications and automate the internal management tasks that you might otherwise forget while buried neck deep in code.

Laurie is the new CEO of Raviga Capital, the investment firm behind Pied Piper, and the replacement for Peter (Thiel) Gregory. Like her predecessor, Laurie is highly intelligent and socially inept, but she appears to rely more on tangible metrics than Peter did. It’s this business-centric approach that  leads her to terminate Raviga’s investment into Pied Piper, all while avoiding eye contact at all costs.

Which product feature could Laurie have used? Custom business reports and metrics

Pied Piper HBO’s downfall in season two came from every imaginable direction it would seem, but perhaps Laurie could have helped save the team from themselves with custom business reports and metrics. After all, it’s harder to buy fake customers when you have someone tracking them.

Let’s face it, Jack Barker is former Microsoft CEO Steve Ballmer: a “Salesman without a Product Vision“. As the newly appointed CEO of Pied Piper, he relies on sales over anything else and hires a huge sales team, much to the team’s dismay. And then, instead of pushing to sell the revolutionary data compression tool Richard and his team have built, they look to sell whatever would be easiest to sell, which turns out to be a box that does absolutely nothing at all.

Oh, Erlich. He’s often just so high that he is clueless to remember how he met important people. More often than not for Erlich, it’s open mouth, insert foot. He’s a loveable idiot with gaping holes in his pockets when it comes to money, yet he stunningly manages to help Richard raise a seed round by smooth talking a bunch of investors.

Monica is a busy bee. She’s always either in a meeting or scheduling one. Handling the day-to-day duties of Raviga’s tech investment business, she is often fielding pitches and working directly with tech folks—all under the watchful demands of Laurie Bream.

If any of this hits too close to home, as great satire sometimes does, bear in mind that suffering to the extent of Pied Piper isn’t necessary, or even desirable. Real-world startups benefit by lessening—rather than exaggerating—costly errors. Even if you choose to kick holes in doors and wear rad pajamas to work, the more nefarious outcomes of Season Four can be avoided with Insightly, and your sanity saved to boot. 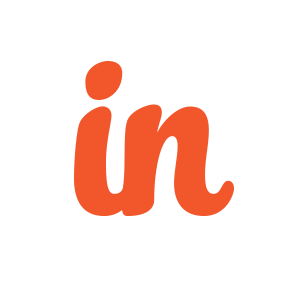 Insightly, the preferred CRM platform, helps modern businesses of all sizes build lifelong customer relationships and grow revenues faster. Insightly offers out of the box capabilities that allow you to tailor users’ experience for every customer facing role. It is easy to use, easy to set up, highly customizable to your industry, and offers fast time to value at a low total cost of ownership.

Get more details from the Q3 2020 Insightly product release

See how workflow automation can empower your sales reps to close more deals.

4 questions to ask when evaluating CRMs for a midsize business